Washington – All nations will suffer the effects of a warmer world, but it is the world’s poorest countries that will be hit hardest by food shortages, rising sea levels, cyclones and drought, the World Bank said in a report on climate change.

“We will never end poverty if we don’t tackle climate change. It is one of the single biggest challenges to social justice today,” Kim told reporters on a conference call on Friday.

The report, called Turn Down the Heat, highlights the devastating impact of a world hotter by 4deg C by the end of the century, a likely scenario under current policies, according to the report.

Climate change is already having an effect: Arctic sea ice reached a record minimum in September, and extreme heat waves and drought in the last decade have hit places like the US and Russia more often than would be expected from historical records, the report said.

Such extreme weather is likely to become the “new normal” if the temperature rises by 4deg, according to the World Bank report. This is likely to happen if not all countries comply with pledges they have made to reduce greenhouse gas emissions. Even assuming full compliance, the world will warm by more than 3deg by 2100.

In this hotter climate, the level of the sea would rise by up to 1m, flooding cities in places like Vietnam and Bangladesh. Water scarcity and falling crop yields would exacerbate hunger and poverty.

Extreme heat waves would devastate broad swaths of the earth’s land, from the Middle East to the US, the report says. The warmest July in the Mediterranean could be 9deg hotter than it is today – akin to temperatures seen in the Libyan desert.

The combined effect of all these changes could be even worse, with unpredictable effects that people may not be able to adapt to, said John Schellnhuber, director of the Potsdam Institute for Climate Impact Research, which along with Climate Analytics prepared the report for the World Bank.

“If you look at all these things together, like organs cooperating in a human body, you can think about acceleration of this dilemma,” said Schellnhuber, who studied chaos theory as a physicist. “The picture reads that this is not where we want the world to go.”

As the first scientist to head the World Bank, Kim has pointed to “unequivocal” scientific evidence for man-made climate change to urge countries to do more.

Kim said 97% of scientists agree on the reality of climate change.

“It is my hope that this report shocks us into action,” Kim, writes in the report.

Scientists are convinced that global warming in the past century is caused by increasing concentrations of greenhouse gases produced by human activities such as the burning of fossil fuels and deforestation.

These findings by the UN’s Intergovernmental Panel on Climate Change were recognised by the national science academies of all major industrialised nations in a joint statement in 2010.

Kim said the World Bank plans to further meld climate change with development in its programmes.

In 2011, the Bank doubled its funding for countries seeking to adapt to climate change, and now operates $7.2bn in climate investment funds in 48 countries.

The World Bank study comes as almost 200 nations will meet in Doha, Qatar, from 26 November to 7 December to try to extend the Kyoto Protocol, the existing plan for curbing greenhouse gas emissions by developed nations that runs to the end of the year.

They have been trying off and on since Kyoto was agreed in 1997 to widen limits on emissions but have been unable to find a formula acceptable to both rich and poor nations.

Emerging countries like China, the world’s biggest emitter of greenhouse gases, have said the main responsibility to cut emissions lies with developed nations, which had a head start in sparking global warming.

In 2010, the World Bank approved a $3.75bn loan to develop a coal-fired power plant in SA despite lack of support from the US, Netherlands and Britain due to environmental concerns.

“There really is no alternative to urgent action given the devastating consequences of climate change,” global 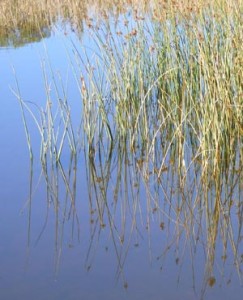 development group Oxfam said in a statement. “Now the question for the World Bank is how it will ensure that all of its investments respond to the imperatives of the report.”

Kim said the World Bank tries to avoid investing in coal unless there are no other options.

“But at the same time, we are the group of last resort in finding needed energy in countries that are desperately in search of it,” he said.