Sydney – Australia banned super trawlers fishing in its southern waters for two years on Monday, saying there was uncertainty about the impact of such large vessels on species such as dolphins and seals.

The Dutch-owned vessel, previously known as the Margiris, planned to trawl off Tasmania, but environmental campaign group Greenpeace voiced fears its haul could include threatened species in its by-catch and deplete fish stocks.

On Monday Burke extended the ban – which covers the Small Pelagic Fishery running along the country’s southern coast from near Perth in the west almost to the Queensland border in the east – for the maximum 24 months allowed.

“I’ve signed off on there being a two-year ban… for super trawlers to be operating in our waters,” he told reporters in Canberra.

So-called “super trawlers” are designed to store a much larger amount of fish on board than ordinary trawlers, so that they can remain at sea for much longer periods before having to return to port.

Burke said while scientists believed the Abel Tasman would not impact on all species adversely, there were question marks over some, including seals and dolphins. An expert panel will carry out an assessment.

“The challenge here has always been, a vessel of this nature had never been used in Australian waters,” he said. 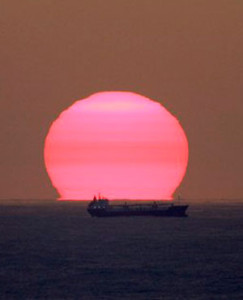 “It did carry additional environmental challenges where on a number of occasions the information that I sought was not available. There was significant uncertainty about what the environmental consequence will be.”

Fisheries authorities have dismissed concerns about over-fishing, saying the trawler would only be allowed to catch 10% of available fish and would have little, if any, impact on the broader ecosystem.