WWF: Temperature target to be missed

Cape Town – The 2deg temperature target endorsed by climate scientists to ensure that the Earth does not undergo runaway climate change effects will likely become unattainable, an environmental organisation has said.

“The way things are right now, there’s no way we’ll come under 2deg. A lot has to change before we can even make it,” Dr Morné du Plessis, CEO of the World Wide Fund for Nature (WWF) told News24. 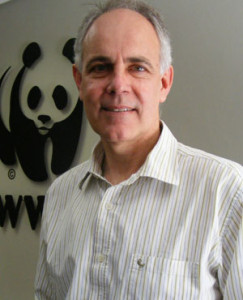 The WWF was initially focused on conservation and evolved into biome defence and protection. In the last decade, the organisation has become “obsessed” with climate change, Du Plessis said.

“In the last decade and a half or so, WWF as come to the realisation as an organisation that all of our conservation gains will get overrun by much bigger drivers of change.”

Most of the growth though, comes from developing countries, according to the United Nations Population Division.

In addition to resources, an increased population will put strain on the waste systems as, particularly, urban populations require better and more efficient waste management systems to cope with megacities.

“Also the planet has to have the capacity to absorb our waste, including the emissions that we put out through generating electricity, the plastic, the rubble,” Du Plessis said.

There is large consensus among scientists that increased carbon and other greenhouse gas emissions will spike global temperatures, resulting in more severe weather patterns and increased sea levels.

However, an Ipsos survey found that scepticism of climate change was highest in the US. According to the survey conducted among 3 492 adults in 13 countries, 65% of US respondents believed that climate change had been proven, and 58% believed that human activity was mainly responsible.

“This is very basic human behaviour: You’re dealing with matters at a scale that is so vast and so removed from the individual pinpoint – the little tickey upon which we live – so spatially there’s a scale issue, but more importantly there’s a disconnect in the timing scale.