LEGAL OPINION: THE Rio+20 conference may have failed to deliver on expectations, but it is heartening to see that Ireland has, at last, ratified the Aarhus convention which it signed in 1998. It is immensely frustrating for all those concerned with strengthening environmental democracy and access to justice that there has been such a long delay in bringing about ratification of this important environmental treaty.

Ireland long held the embarrassing distinction of being the only European Union member state that was not a party to the Convention on Access to Information, Participation in Decision-making and Access to Justice in 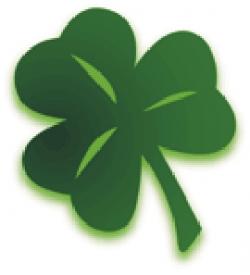 Environmental Matters – to give the Aarhus convention its full title.

As is well known, Ireland’s poor environmental record has attracted the persistent attention of the European Commission, with a number of high-profile judgments from the Court of Justice confirming breaches of EU environment rules including, for example, waste, environmental impact assessment (EIA), habitat protection and waste water treatment.

Proper transposition of EU environmental law continues to prove problematic, particularly in the case of EIA obligations. In June this year the commission referred Ireland back to the Court of Justice with a view to the imposition of a lump sum fine and a daily penalty payment for failure to comply with an adverse judgment on EIA matters delivered in March 2011.

The convention guarantees three core rights: access to information, participation in decision-making and access to justice in environmental matters. In difficult economic times, environmental protection issues tend to slip down the political agenda. So the rights guaranteed by the convention have an added value and significance in the current climate, particularly when there are potentially new (and very controversial) developments on the horizon – for example, shale gas exploration and extraction involving the use of hydraulic fracturing (“fracking”) technology.

Many of the rights guaranteed under the convention are already in place under EU environmental law and are enforced vigorously by the Court of Justice. Ireland’s ratification of this international convention will serve to strengthen environmental rights and, in particular, access to justice in environmental matters.

One of the consequences of ratification is that Ireland will, in due course, become subject to scrutiny by the Aarhus Convention Compliance Committee (ACCC). Where members of the public or non-governmental organisations (NGOs) take the view that Ireland is failing to comply with its convention obligations, they will be entitled to submit “communications” (complaints) to the ACCC. This option will provide valuable external oversight of Ireland’s commitment to delivering on environmental rights in practice.

We have already seen the environmental benefits of action by the European Commission on foot of complaints from individuals and NGOs regarding breaches of EU environmental law – most recently as regards regulation of septic tanks and measures to protect irreplaceable habitat from illegal turf-cutting on protected bogs.

The possibility of complaints to the ACCC adds another potentially very potent weapon to the arsenal of environmental campaigners. The ACCC has already made a number of very significant findings in a series of complaints involving the United Kingdom, including the problem of high legal costs deterring environmental litigation. It is inevitable that individuals and NGOs in Ireland will submit complaints to the ACCC about alleged deficiencies of Irish law in the context of access to environmental justice. It will be very interesting to see how things develop in this regard into the future.

At a more general level, much work remains to be done by the Department of Environment, Community and Local Government to inform the public and NGOs of their rights under the Aarhus convention and to promote greater awareness of its provisions and its potential.