Beijing – China has filed a World Trade Organisation case challenging subsidies provided by some EU members to promote the solar panel industry, adding to a flurry of trade disputes that Beijing is locked in with Europe and the US.

Commerce Ministry spokesperson Shen Danyang said in a statement that China is requesting a consultation at the WTO on the issue.

China accuses some EU countries of providing subsidies for power generated by solar facilities in which the main components are manufactured in European countries. 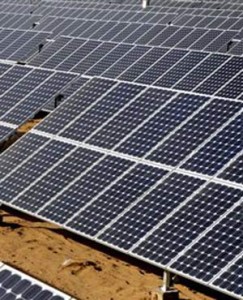 The statement did not specify which countries are being targeted in the WTO case, but the official Xinhua News Agency cited a Commerce Ministry official as saying that Italy and Greece provide such subsidies for projects using EU-produced solar equipment.

The case follows an anti-dumping probe Beijing announced on Thursday into European exports of polysilicon used in making solar panels. Before that, the EU launched an investigation in September into whether Beijing was improperly subsidising exports of solar panels.

China and its trading partners pledged after the 2008 global financial crisis to avoid taking actions that would hamper trade but have launched a series of anti-subsidy investigations and imposed punitive tariffs on some goods.

Solar and other renewable energy technology is especially sensitive because governments that are under pressure to cut high unemployment see it as a growth industry and source of well-paid jobs.

Washington imposed tariffs of up to 250% on imports of Chinese-made solar panels this year to counter what it said was improper subsidies to the industry.

The disputes have added to financial pressure on Chinese and other solar equipment producers that are suffering heavy losses due to lower sales and a price-cutting war.