Sweet smell of coffee wafting away

London – Rising temperatures due to climate change could mean wild Arabica coffee is extinct in 70 years, posing a risk to the genetic sustainability of one of the world’s basic commodities, scientists said.

Although commercial coffee growers would still be able to cultivate crops in plantations designed with the right conditions, experts say the loss of wild Arabica, which has greater genetic diversity, would make it harder for plantations to survive long-term and beat threats like pests and disease. 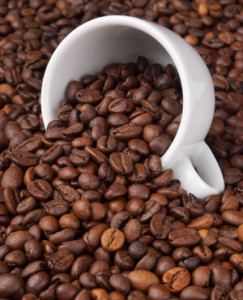 A study by researchers at Britain’s Royal Botanic Gardens at Kew in collaboration with scientists in Ethiopia found that 38 to 99.7% of the areas suitable for wild Arabica will disappear by 2080 if predictions of rising temperatures pan out.

Because coffee is a highly climate-dependent crop, the increase of a few degrees of average temperature in growing regions can put at risk the future of Arabica coffee and the livelihood of millions of people who grow and produce it.

“The extinction of Arabica coffee is a startling and worrying prospect,” said Aaron Davis, head of coffee research at the Royal Botanic Gardens, who led the study.

In a telephone interview, he said the findings made it even more important for organisations such as the World Coffee Research collaboration to continue work to improve the genetic strength of cultivated Arabica by preserving wild types.

Researchers used computer modelling to analyse the influence of rising temperatures on the geographical distribution of wild Arabica coffee.

The results, published in a the Public Library of Science journal PLOS ONE, showed a “profoundly negative influence” on the number and extent of wild Arabica populations, the researchers said.

The researchers conducted two types of analysis. In the locality analysis, they found that the best outcome was for a 65% fall in the number of pre-existing bioclimatically suitable localities and the worst was for a 99.7% drop by 2080.

In the area analysis, the best outcome was a 38% reduction in suitable growing regions and the worst case was a 90% reduction by 2080.

Davis said the predictions were conservative, since the modelling did not factor in large-scale deforestation now taking place in Ethiopia and South Sudan, another Arabica coffee region.

“The models assume intact natural vegetation, whereas the highland forests of Ethiopia and South Sudan are highly fragmented due to deforestation,” the researchers wrote.

“Other factors, such as pests and diseases, changes in flowering times, and perhaps a reduction in the number of birds [which disperse the coffee seeds], are not included, and these are likely to have a compounding negative influence.”

Cultivated Arabica coffee accounts for slightly more than 60% of global coffee production, with about 4.86 million tons produced this year and valued at around $16bn in wholesale trade.

Exports of coffee also are crucial to the economies of countries including Brazil, Sudan and Ethiopia, where Arabica coffee is thought to have originated.