Moscow – The Russian Arctic is losing ice cover and being inhabited by species from the south in the latest sign of climate change, according to a group of Russian scientists. 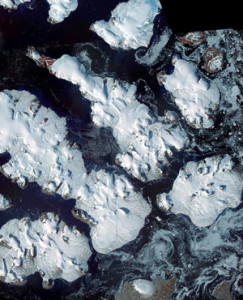 Soviet expeditions in 1957,” said head of the expedition Maria Gavrilo, an ornithologist.

Her group of eight scientists, including experts in palaeography and geomorphology, as well as zoologists and botanists, charted new maps of the archipelago, listing its rare species.

“Out of about 20 species of birds that we identified, four are not common to the archipelago,” said Gavrilo, specifically mentioning two: the swallow-tailed gull and the long-tailed duck.

“Colonies of these birds are generally seen more to the south and without question were brought to the Arctic by global warming,” she said.

Scientists have also collected some rare mosquito species, one of which may be hitherto unknown, she said. Final scientific conclusions will be made next year, when they finish looking over the collected data.

The remote Franz Josef Land has been administered by Russia since the Soviet Union overtook the archipelago in 1926.

As the biggest Arctic nation, Russia has recently stepped up exploration, specifically aiming to expand its energy production by tapping into the vast reserves of the Arctic shelf.

The Russian government has not flagged climate change as a priority concern, with President Vladimir Putin famously saying several years ago that global warming of two to three degrees would be good for Russia, since people would not need fur coats.

Many experts say however that melting of permafrost in Russia’s vast northern territories would endanger its energy infrastructure, while fertile lands in the south of the country may become unusable for agriculture.