Johannesburg – Most South Africans believe climate change is a natural phenomenon and not the result of human behaviour, according to a survey released on Thursday.

The study, conducted among 2 000 adults by research company TNS, found that some of the respondents believed climate change was natural, while the rest blamed humans. 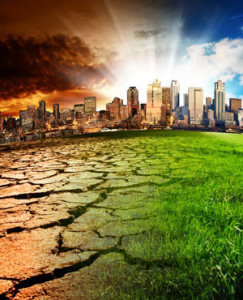 Twenty percent were not sure, which researcher Neil Higgs described as the “correct” response.

He said 66% of “whites and better educated people” were more likely to attribute climate change to humans, while 52% of “other race groups” were not.

The survey found that 64% of respondents accepted that climate change, or global warming, was taking place, while six percent believed it was not.

“The survey data suggests that metro adults in South Africa overall have no clear idea about causality, other than that climate change is taking place,” Higgs said in a statement.

“The ‘fact’ of man-induced global warming is by no means a given,” he said.

“In particular, the need for carbon taxes and for higher energy costs to reduce the effect of man on global warming needs to be questioned more vigorously.”

He said the survey itself was flawed because it implied that climate change was a “fact”.

“The… questions are also not perfect in that they also implicitly assume that global warming is in fact taking place, whereas there are many scientists who feel that we can look forward to a global cooling rather than a warming.”