Cape Town – Environmental organisations find it difficult to convince ordinary people of the reality of climate change, despite a noticeable increase in extreme weather events.

“There is no question that one of the challenges of dealing with an issue like climate change is that it is a bit more abstract, a bit more remote in time and space than an urban air pollution problem or a water pollution issue,” James Leape, director general of the World Wide Fund for Nature (WWF) told News24. 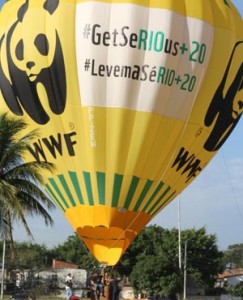 The WWF and several organisations have been campaigning for concrete action environmental affairs for decades and despite their efforts, there is rising scepticism of climate change, particularly in the US, where several politicians have questioned the science.

According to a recent poll conducted by Ipsos, only 59% agreed that human activity had mainly contributed to climate change, compared to 93% of respondents in Indonesia, 92% in Mexico and 87% in Germany.

“It’s clear that climate change is a reality and the climate is already changing. The science is overwhelmingly clear that if we allow unchecked climate change, we’re asking for a lot of trouble,” said Leape.

Some have blamed the media for an anti-science sentiment, particularly in American politics with the rise of conservative groups that challenge accepted scientific theories.

Fox&Friends’ Brian Kilmeade called global warming a “scam” in a discussion with Dr Alex Berezow, author of Science Left Behind.

The WWF said that the challenge remained for organisations to push the message that climate change was a threat to all living systems on the planet.

One of the solutions, according to the WWF, was the move away from fossil fuel to renewable energy.

“At the heart of addressing the problem of climate change is shifting from fossil fuels to renewable energy.

“Renewable energy of course has many benefits: It’s not just low carbon, but it’s also cleaner in a variety of ways and it allows a more decentralised power system, and often a more reliable power system,” said Leape.

Germany recently reached a renewable energy milestone when it was announced that solar power plants in that country produced a world record 22 gigawatts (GW) of electricity per hour, which is equal to 20 nuclear power stations at full capacity.

But in SA, many are opposed to renewable energy investment and a group calling itself Wind Point recently ran an advert claiming that 270 000 birds in the US are killed by wind turbines annually and called on South Africans to object to the development of wind energy as a clean energy alternative to coal and nuclear power production.

“It concerns us that there are people who are holding us back from moving toward renewable energy to putting forward ‘un-credible’ arguments,” Ruth Mhlanga climate and energy campaigner for Greenpeace Africa told News24.

The extreme weather events in 2012 were a “reminder” of the reality of climate change, said the WWF.

“Public attention to an issue waxes and wanes, but you see this year alone, huge reminders of what climate change has in store for us,” said Leape.

He added that many people might accept that weather patterns are changing, but not feel that it should have an impact of their behaviour.

“People might accept intellectually that these storms are an indication of a changing climate, but there’s a natural temptation to say ‘Oh, but it’s just the weather.'”